Skip to main content
It looks like you're using Internet Explorer 11 or older. This website works best with modern browsers such as the latest versions of Chrome, Firefox, Safari, and Edge. If you continue with this browser, you may see unexpected results.

The Vietnam War at Cal Poly

Resources listed here can get you started on researching the impact of the Vietnam War at Cal Poly.

President Robert E. Kennedy addresses students gathered on Dexter Lawn on May 4, 1970, the day of the Kent State shootings. Governor Ronald Reagan closed most California public universities an colleges in the aftermath of the invasion of Cambodia and the Kent State killings, but Cal Poly remained open. University Archives Photograph Collection, ua-pho_000000243.

Topics and Events to explore

Some of the student clubs and organizations responding to the Vietnam War:

Records in the University Archives relating to the Vietnam War 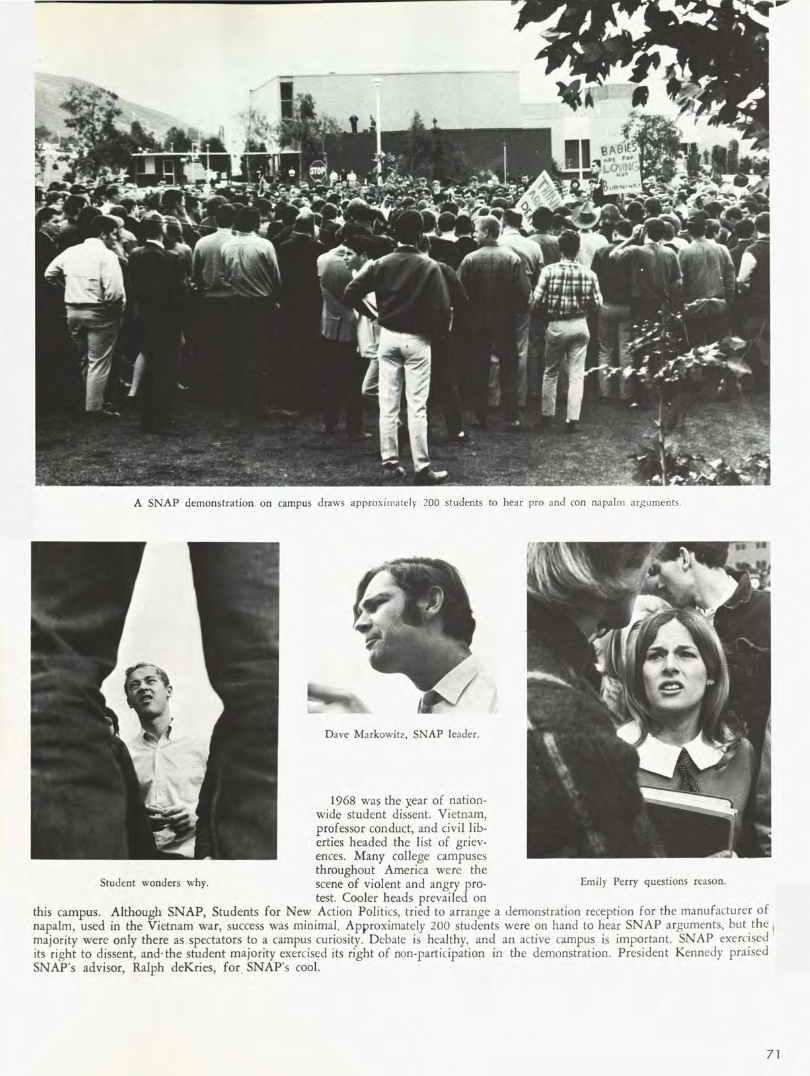 San Luis Obispo newspaper coverage can be searched through a library database:

Secondary Sources on the Vietnam War at Cal Poly

Chapters from Cal Poly: The First Hundred Years, written by the University Archives staff in 2001:

Over 50 Vietnamese students were enrolled at Cal Poly between 1950 and 1971. Request International Student enrollment data from University Archives at archives@calpoly.edu