Our use of words depends on historical context, which affects the way words organize our knowledge. In Cal Poly's case, we use a standard dictated by the  Library of Congress Subject Headings, a “controlled vocabulary” to catalog materials. These subject headings determine the results from keywords that you may type into your OneSearch bar).  They work similar to the hashtags in social media, except that the wording is decided upon by the LIbrary of Congress, not the collective users.

The Library of Congress Subject Headings began in 1898, posed (and still poses) as a stance of “neutrality.” As a “controlled vocabulary,” subject headings are used to organize and connect terms in library catalogs across the world.  The LOC Subject Headings were created because the Library of Congress itself was moved to a new building. This list (originally large bound books) was based off of American Library Association’s list in order to catalog the vast array of subjects and support the nation’s interests at that time.

What's on which floor?

Here's a map of book locations and the five floors of Kennedy Library: https://lib.calpoly.edu/study-spaces-and-tech/maps/

What's do the A-Z letters mean?

To understand how the A-Z code ("call numbers") divide up the world of human knowledge in order to browse the shelves, explore the Library of Congress sytem here: https://www.loc.gov/catdir/cpso/lcco/

And here are some specific architecture-related areas: 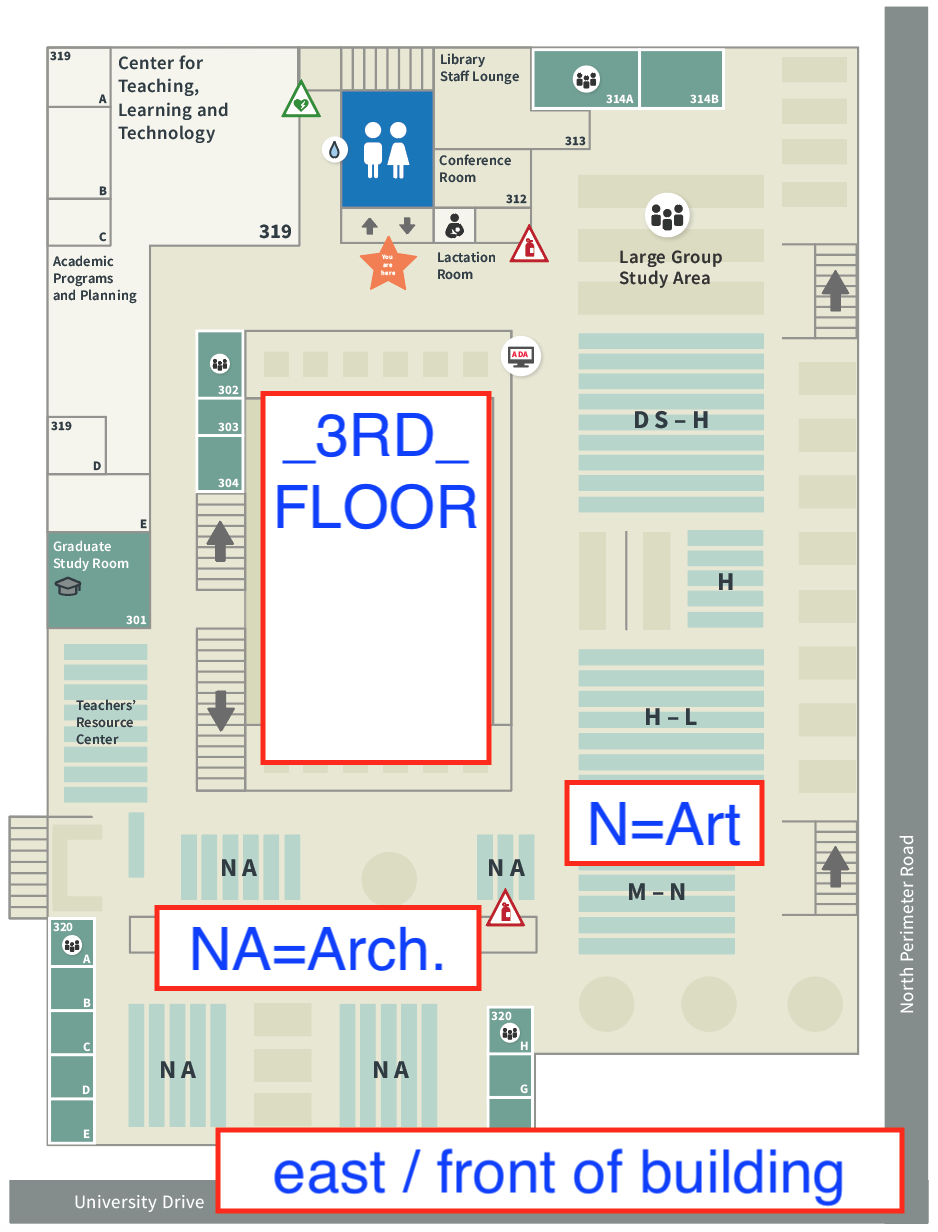