Your starter kit for college-level research at Kennedy Library. Advance your research skills with the self-guided tutorials and videos below. 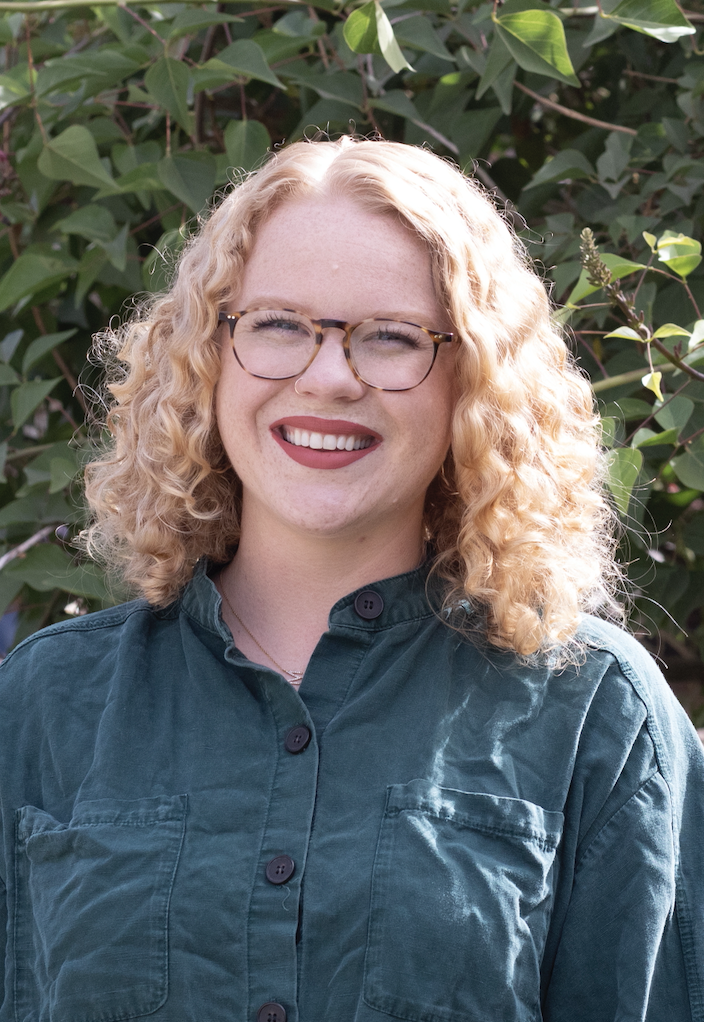 Mercedes Rutherford-Patten
Pronouns: she/her
Email Me
I am a first generation college graduate with a BA in Biology and Master's in Library & Information Science. I'm available to help you find and use Kennedy Library resources and services that will help you succeed at Cal Poly, SLO. Click my image above to view my bio.
Contact:
Robert E. Kennedy Library, 208
Subjects: Citations, Information Literacy, Research 101, Summer Institute, Visual Literacy

It is up to you to decide if information is credible and reliable to use in your research and to share with others. When it comes to evaluating the wide range of information out there, especially information that is found online, use the following three questions to guide your investigation. Stanford History Education Group calls this Civic Online Reasoning, essential skills (like what professional fact-checkers do) to judge the credibility of information about social and political issues.

Civic Online Reasoning: When you come across information online, ask yourself:

Watch the video [3mins:14secs] below for more discussion about the concept of credibility. Then, explore the tabs in this box to learn more about the three COR questions.

For alternative viewing, press play, then select the "CC" button for closed captions, or select the gear icon and select from the following: Playback speed, Subtitles/CC, or Quality.

In this video [14mins:45secs], you'll take a deep dive into lateral reading, discussing how to evaluate the authority and perspective of online sources. For alternative viewing, press play, then select the "CC" button for closed captions, or select the gear icon and select from the following: Playback speed, Subtitles/CC, or Quality.

Watch the following video [13mins:20secs] for an explanation of how to determine if online evidence is reliable and relevant. For alternative viewing, press play, then select the "CC" button for closed captions, or select the gear icon and select from the following: Playback speed, Subtitles/CC, or Quality.

In this video [13mins:51secs], learn how to read laterally, opening new tabs in your browser to fact check as you read. For alternative viewing, press play, then select the "CC" button for closed captions, or select the gear icon and select from the following: Playback speed, Subtitles/CC, or Quality.

What is Peer Review?

The goal of Peer Review is to assess the quality of articles submitted for publication in a scholarly journal. Watch the following 3-minute video to learn more about the Peer Review process.

For alternative viewing, press play, then select the "CC" button for closed captions, or select the gear icon and select from the following: Playback speed, Subtitles/CC, or Quality. Video from Peer Review in 3 Minutes by NCSU Libraries.

Note: Not everything published in a scholarly journal undergoes the peer-review process. When limiting to "peer-reviewed", OneSearch catalog and library databases are filtering by the type of journal, and not distinguishing the variety of content in the journal, which can also include editorials and book reviews that are not peer-reviewed.​ Additionally, the peer-review and publication process often takes a year or longer, so it might be hard to find peer-reviewed articles for emerging topics/events.

Scholarly articles are written by scholars for an audience of other scholars. They thus assume prior knowledge of the subject, which you likely do not have. Scholarly articles are also written with a language and tone that is, shall we say, the opposite of reading for enjoyment. But it's going to be okay! There are time-saving strategies to read and comprehend scholarly material. For example, you don't initially read a scholarly article or book from beginning to end; instead, you read certain sections first to understand the main arguments and results.

Watch the following video [5mins:04secs] by University of Minnesota Libraries to learn more about reading and comprehending scholarly articles. For alternative viewing, press play, then select the "CC" button for closed captions, or select the gear icon and select from the following: Playback speed, Subtitles/CC, or Quality.

In Kennedy Library's OneSearch and databases, you may encounter the following types of scholarly articles. It's helpful to know the characteristics of each and be able to differentiate between them.

Peer-reviewed (or refereed):  Refers to articles that have undergone a rigorous review process, often including revisions to the original manuscript, by peers in their discipline, before publication in a scholarly journal. Types of peer-reviewed scholarly articles include:

Empirical study (or primary article): An empirical study is one that aims to gain new knowledge on a topic through direct or indirect observation and research. These include quantitative or qualitative data and analysis. In science, an empirical article will often include the following sections: Introduction, Methods, Results, and Discussion.

Systematic review:  This is a methodical and thorough literature review focused on a particular research question. Its aim is to identify and synthesize all of the scholarly research on a particular topic in an unbiased, reproducible way to provide evidence for practice and policy-making. It may involve a meta-analysis (see below).

Meta-analysis:  This is a type of research study that combines or contrasts data from different independent studies in a new analysis in order to strengthen the understanding of a particular topic. There are many methods, some complex, applied to performing this type of analysis.

How to Use Sources in Research and Writing

It's important to think about how you will use a source in your paper, project, or performance.

Joseph Bizup developed a model called the BEAM model that helps us think about the usefulness of a source in the research and writing process.

BACKGROUND: Using a source to provide general information to explain the topic.

Example: The use of a CQ Researcher or Opposing Viewpoints article on the California drought to explain the severity of California's drought and recent legislation passed to manage water resources.

EXHIBIT: Using a source as evidence or examples to analyze.

ARGUMENT: Using a source to engage its argument. Most will be scholarly sources written by researchers and scholars. These are the sources you engage in conversation.

Example:  An analysis of recent water usage data and ramifications for California's drought. It is an argument about the exhibit.

METHOD: Using a source's way of analyzing an issue to apply to your own issue, whether it's to borrow an approach, concept, idea, or method.